Vietnam is very famous for a long jounery of the cutural, history, delicious food, friendly people. If you are planing to Vietnam and traveling around its countrysides, little did I know that it is also home to some of the most spectacular natural landscapes in Vietnam, and charming heritage sites that are worth a peek.

Vietnam’s tourist attractions spots are broadly spread out in its northern, central, and southern regions. The country isn’t overwhelmingly massive, but unless you’re traveling long-term or plan to stick to just one or two regions, you will have to pick destinations to skip or customized it.

1. Hoi An
Hoi An’s Japanese covered bridge Japanese Covered Bridge under the sunset twilight in Hoi An, Quang Nam, Vietnam.If you’re planning to visit Central Vietnam, this is a heritage city that you shouldn’t miss. Hoi An is a small and compact town with an old-world charm. The riverside setting is like a more relaxed version of Malacca, but of course, Hoi An’s vintage buildings are heavily influenced by Vietnamese, French, Chinese, and Japanese influences. Delicious local food is also a major attraction here. The city’s magical atmosphere comes alive under the romantic sunset light and at night when the houses, temples, and shops are lit up.

How to go — The most popular gateway to Hoi An from Danang airport by private taxi transfers. nearest major city. There are a lot of convenient transport options between the two cities. Travel time is only around 45 minutes.

2. Hanoi
Hoan Kiem Lake Night Shot
Hoan Kiem Lake at Night in Hanoi, Vietnam
Like Bangkok, there seems to be something interesting to discover at every street corner in historic Hanoi, especially in the old quarter of the city. It’s one of the best cities in Southeast Asia to explore on foot. Hanoi also has scenic lakes that are best viewed from rooftop restaurants or bars, while enjoying traditional Vietnamese coffee or a chilled bottle of Saigon beer.

Hanoi along with Ho Chi Minh is one of the major international gateways in Vietnam, so getting by air is very easy. Hanoi car rental with English speaking driver from Noi Bai International Airport found 45 minutes away from the city center serves frequent flights from Kuala Lumpur, Tokyo, Seoul, Hong Kong, Manila, Bangkok, Singapore, Taipei, Beijing. As well as major cities in Australia, New Zealand, Europe, the Middle East and more. Major airlines include AirAsia, Jetstar, VietJet, Vietnam Airlines. From the Philippines, Manila-Hanoi flights are served by Cebu Pacific, Philippine Airlines and Vietnam Airlines. Flight duration is around 2.5 hours.

3. Ho Chi Minh
Nguyen Hue Walking Street
Nguyen Hue Walking Street in Ho Chi Minh (Saigon), Vietnam
Bustling Ho Chi Minh, on its own, may pale as a travel destination compared to other cities in Southeast Asia, but it is a necessary transport hub if you plan to explore Southern Vietnam. In case you find yourself in Ho Chi Minh, the city center offers interesting cultural sights, urban experiences, Vietnamese food+coffee & cheap shopping, in addition to scenic day trips to the Mekong Delta.

4. Mui Ne
Dalat or Da Lat is the capital city of Lam Dong province, Vietnam. Da Lat is the City of Flowers and honeymooners with lovely French villas, the fresh air, the beautiful waterfalls and gorgeous lakes sits in a lush and green valley of postcard beauty.

6. Da Nang
Carp Statue and Dragon Bridge at night
Carp Statue and Dragon Bridge lit up at night in Da Nang, Vietnam
Da Nang is one of the biggest surprises on my first visit to Central Vietnam. It’s a major tourist hub with its own set of attractions and convenient direct domestic and international flight connections. Car rental in Da Nang is a great way to visit for travelers who aren’t ready to leave their urban comfort zones. This clean, modern, and laid-back city is bordered by a long white sand beach that is lined with top-notch resorts. The riverside area of the city center feels more like a huge outdoor theme park with well-maintained promenades, iconic bridges lit up at night, and the Sun Wheel (giant Ferris Wheel).

7. Hue
Thien Mu Temple
Roadside view of Thien Mu Temple, along the Perfume River, in Hue, Vietnam
Hue is central Vietnam was the seat of Nguyen Dynasty emperors and the national capital from 1802-1945. It is home to a massive royal citadel called the Forbidden Purple City, which admittedly sounds more interesting than the actual war-ravaged site. For travelers who love visiting heritage sites, a more tempting incentive to visit Hue are exquisite imperial tombs scattered around the outskirts of the city.

How to go — Hue, in Central Vietnam, is located two hours north of Danang. The best way to get there is by train, which offers scenic coastal views along the Hai Van Pass. If you want to fly directly, Hue-Phu Bai Airport (HUI) serves flights from Hanoi, Ho Chi Minh, Da Lat & Nha Trang. Airlines include Vietjet, Jetstar & Vietnam Airlines. Travel time to Hue-Phu Bai Airport takes around 1 hour from Hanoi and 1.5 hours from Ho Chi Minh.

8. Phong Nha
Phong Nha Cave subterranean river
Phong Nha Cave, in Phong Nha-Ke Bang National Park, Quang Binh, Vietnam, on September 2015
If this is your first time to know about Phong Nha, join the club! Phong Nha–Kẻ Bàng National Park located in Central Vietnam might not be popular as other places featured on this list, but it has something special to offer that is unrivaled not only Vietnam, but all of Southeast Asia, and maybe even the World — it’s massive and insanely beautiful caves.

How to go — Phong Nga, in Central Vietnam, is 4–5 hours north of Hue by land or 7 hours north of Da Nang. If you are coming from Hanoi or Ho Chi Minh, consider a flight or train to Dong Hoi. Then, continue the 45-minute land trip to Phong Nha by shuttle. Flights are operated by Vietnam Airlines, Jetstar Pacific, and VietjetAir. Flight duration to Dong Hoi Airport (VDH) is around 1 hour from Hanoi (HAN), and 2 hours from Ho Chi Minh (SGN).

9. Ninh Binh
Tam Coc, Ninh Binh
Overlooking the massive limestone mountains and winding river at Tam Coc, in Ninh Binh, Vietnam
Touted as “Ha Long Bay on land,” Ninh Binh is filled with steep karst mountains soaring amidst tranquil rice paddies, meandering rivers, and dotted with temples and ancient settlements. The best way to explore the area is on a scenic boat ride that passes through the mountainscape or by following the riverside path by bicycle. Ninh Binh is two hours away from Hanoi in Northern Vietnam.

How to go — Ninh Binh is around 2 hours south of Hanoi by land. You can go on the bus from Giap Bat (Southern) Bus Terminal or a train on the Reunification Express. To get around Ninh Binh, you can either join an organized tour or go on a do-it-yourself (DIY) tour by bicycle/motorcycle.

10. Ha Long Bay
Ha Long Bay blue sky
Cruise boats and blue sky, in Ha Long Bay, Quang Ninh, Vietnam
No doubt Ha Long Bay is beautiful. With over 1,600 towering karst islands and islets, it’s a natural wonder worth a peek. However, if you’ve been to Krabi (Thailand) or El Nido (Philippines), do not expect too much with the quality of the water. The area that surrounds the bay is simply not as pristine, even under the bluest of skies. If you’re already traveling in Hanoi & Northern Vietnam, consider a trip to nearby Ha Long bay.

How to go — Ha Long City is the main jump-off point to the islands surrounding Ha Long Bay. The land journey from Hanoi takes around 3.5 to 4 hours. There are many shuttle/bus companies operating this route with pick-up directly from your hotel. You can easily book one at your hotel or by shopping around the travel agencies in Hanoi Old Quarter. To get around the bay, you have many options including sightseeing day trips to multi-day overnight cruises.

How to go — Total travel time from Hanoi to Ban Gioc is around 8 to 11 hours. If you want convenient transfers, consider booking an organized tour. If you want to go on your own, local buses to Cao Bang depart from My Dinh Bus Terminal in Hanoi. Travel time is 7.5–8 hours. From Cao Bang, minibus and shuttles go all the way to Ban Gioc Waterfall. Travel time is 2.5–3 hours. 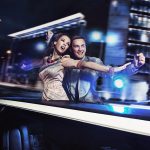 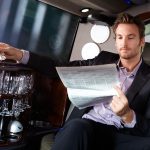 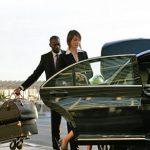